The abcLab conducts research focused on three interdependent themes: Method development, analogs of ancient Mars environments, and planetary system science. Examples of each are outlined below.

Mars Analogs: Microbial mats from the sabkha of Qatar

In March 2016 Dr. Kenneth Williford traveled to Qatar as part of a collaborative project to study the role of microorganisms in the formation of dolomite in sabkha environments. Dr. Michael Tuite made a subsequent trip in October 2016 and collected a variety samples. 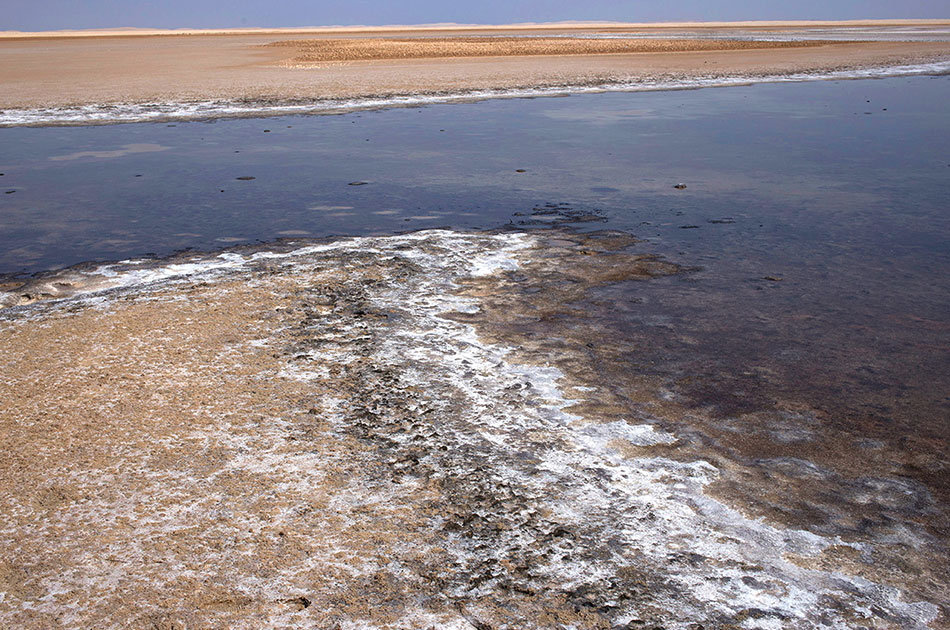 The hyper-arid, high salinity environment that exists where the desert and ocean meet may be a good analog for early aqueous environments on Mars. Living microbial mats were easily sampled with plastic tubes pushed through the rubbery surface into the underlying sediments. The tubes were placed in ashed jars or clean teflon tubes, sealed, and placed in a hotel refrigerator to retard metabolic reactions and degradation of the samples. Other mat surfaces were simply scooped up and placed in ashed jars; however, the push cores had the advantage of preserving the spatial structure of the mat.

A push core was collected from an evaporitic basin encrusted with halite and gypsum.  The split core was divided into segments based on color changes and those segments were scooped into clean vials. Another core was collected from a site that six months prior had been inundated with seawater and covered with a mat but was now just sand with a hard surface crust. This core was divided into 5cm intervals, each loaded into a clean vial. In each case, the vials were refrigerated until departure.

Tuite collected samples of a half-dozen different living mat morphologies as well as several hard surface crusts where mats had previously existed. Tuite also collected two larger mat fragments which he placed in large WhirlPak bags in hope of returning them to the abcLab in viable condition.

In early 2016, Dr. David Flannery traveled to Seymour Island off the Antarctic Peninsula as part of a Caltech-sponsored research expedition. Among the samples he collected were 45 from a stratigraphic interval that spans the mass extinction event at the Cretaceous/Paleogene (K/Pg) boundary. The Zinsmeister section (named for a geologist who had previously studied the site) consists of grey siltstones that are poorly consolidated as well as concretions that often contain fish and other vertebrate fossils. Flannery collected samples at 30cm intervals by digging beneath the weathered surface. The extreme cold made collecting hand samples challenging. 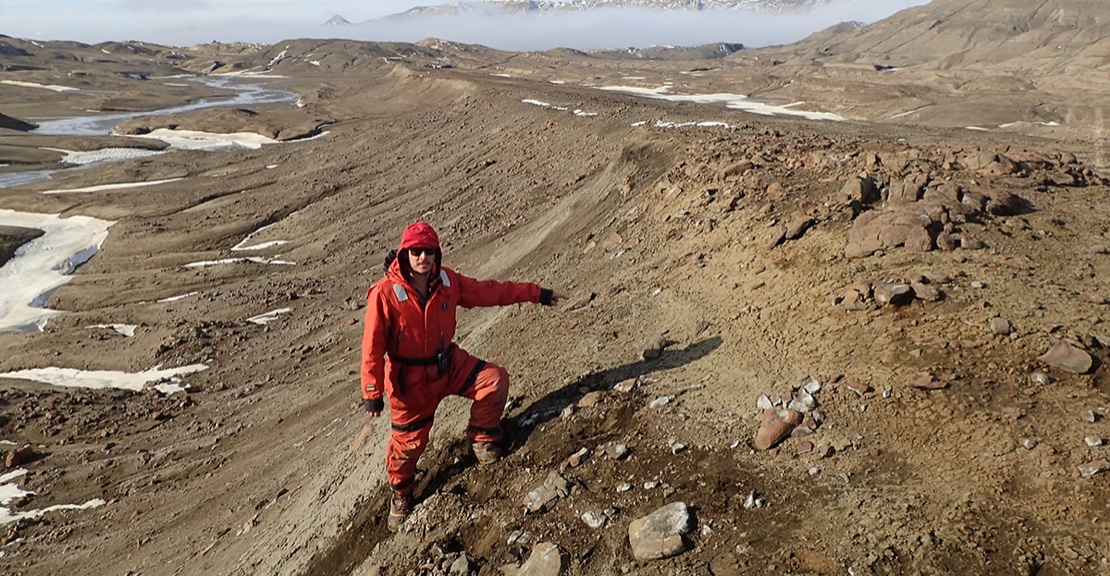 In December 2016, Michael Tuite led a group from JPL to Naples Beach in Santa Barbara County, California with the objective of obtaining one or more cores of the Miocene-age Monterey Formation using the Shaw Backpack Drill. 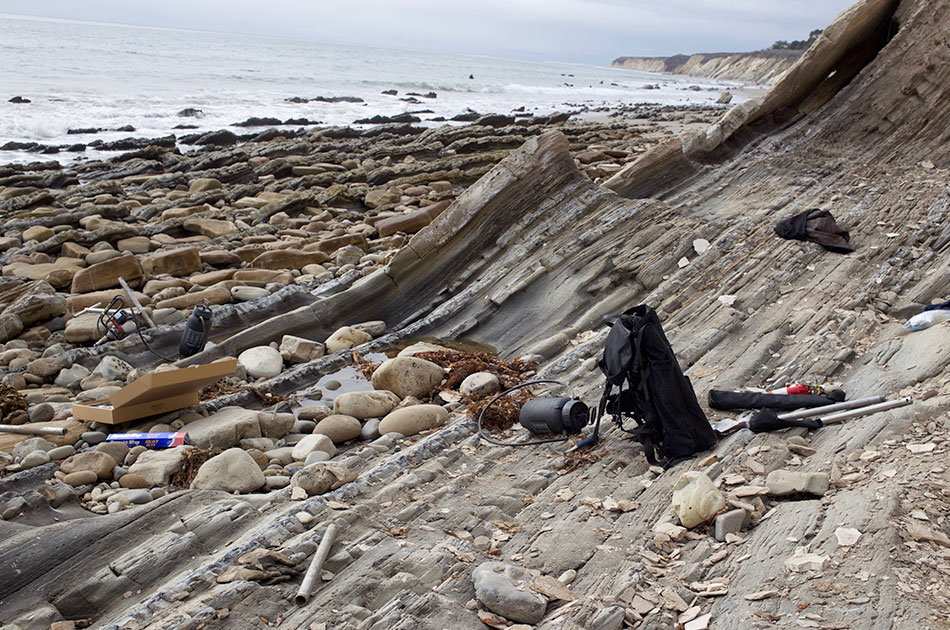 The exposure of the Monterey is a well-studied section and features a variety of lithologies  including organic-rich mudstones. On an earlier reconnaissance trip, Tuite had collected a hand sample that was analyzed in the abcLab and evaluated for the presence of maleimides, a chlorophyl degradation product. The maleimdes were of sufficient abundance to warrant collecting a relatively short core, no more than 5 meters in length, for a study of maleimide-specific isotope values of carbon, nitrogen, and hydrogen.

Drilling the Monterey mudstones proved very challenging. Because of their high clay content, the rocks readily absorbed the water that lubricates the drill string. The drill was frequently stuck and the core segments were very difficult to remove from the core tube. Nevertheless, two separate 2 meter cores were recovered, sufficient for the proposed study. At the drill site, the wet cores were laid out in foil-lined core boxes and transported back to JPL. The cores were allowed to dry for several days before the boxes were sealed. The cores were registered with SESAR and archival IGSN labels were affixed to the core boxes. 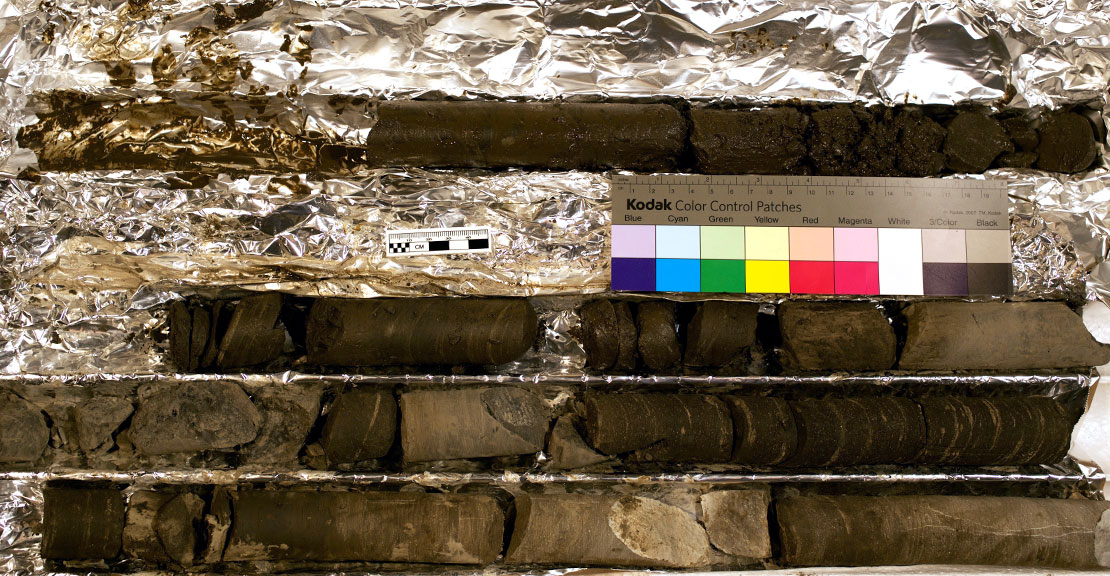